On the 15th January, 2019, the Department of Foreign Languages at
TED Alanya College hosted their annual Talent Show. It once again proved to be a
creative, challenging and simultaneously fun-filled activity. The event was
held exceptionally in the English language and served the purpose to showcase
the talents of the students, to demonstrate the English skills they possess, to
build up their confidence and to bring the whole school together. The students’
ability to communicate in English was merged with the talents of singing, playing
an instrument, dancing, making an interview, performing a cup and hand beat as
well as displaying wonders in the field of gymnastics.

The talent pool ranged from 5th
to 8th grade students who surprised and swept the audience off their
feet with their unexpected forte.

At the end of the show, the students
were awarded in the categories of creativity, voice and stage performance. The
creativity award was granted to Başak
Torun, Elvin Aysu Avci and Elif Torun for showing unsurpassable talent in performing
gymnastics tricks. The owners of the best voice Feraye Kargı, performing Billie Eilish’s song ‘I Don’t Wanna
Be You Anymore’, and Revna Dila Doğan singing Lenka’s ‘Everything At Once’,
were presented with the Best Voice Award. The Best Stage Performance Award was shared
by two teams: a musical band of two 6th graders – the drummer Yılmaz Efe
Keskinkılıç and singer Ege Tel; and the dance group of four 5th graders: Dur
Başak Gün, Ilya Uysal, Ceylin Yıldız and Berensu Arslan.

The event was applauded by both teachers and
students and is eagerly awaited to be held again. 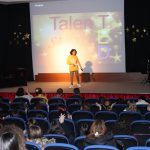 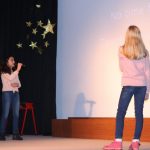 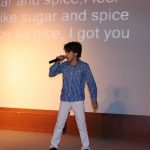 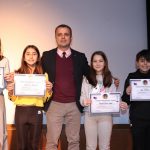 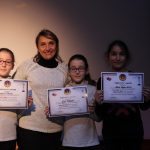 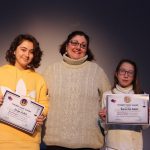